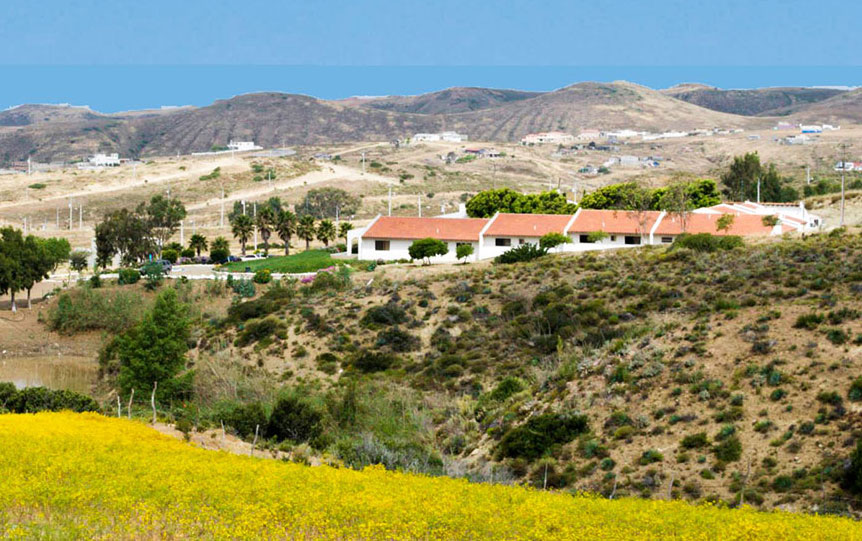 In 1985 when I first celebrated Mass in “La Ocho”, the infamous Municipal Jail in Tijuana, I met inmates, both men and women, living on the top tier of this dilapidated jail who were profoundly mentally ill. Sister Maru explained that theses were people who were in desperate need of mental health treatment; and, sadly it was unavailable to them and their families because they were poor. As a result they were incarcerated in sub-human conditions. It was said by the authorities that it was “for their own good and the good of society”. There seemed to me to be little “good” that was happening for these individuals.

However there WAS a ray of light in the midst of this darkness. The Misioneras Franciscanas de la Paz had purchased 100 acres of land, just south of Tijuana in the hills of Rosarito overlooking the Pacific Ocean. They named it “La Ciudad de Misericordia”, “The City of Mercy”. The first major facility that they planned was “Hospital San Ignacio de Loyola para Salud Mental”, “St. Ignatius Loyola Hospital for Mental Health”. – a psychiatric hospital for the poor of Baja California and beyond. Since it’s opening more than 20 years ago it has been a beacon of hope and healing for scores of men and women and for their families.

Due to unforeseen economic/financial difficulties, the sisters were forced to close the hospital in 2019 but always with a deep desire to re-open it as soon as possible. We have been praying fervently for this and now is the time for us to do all that we can to again provide mental health treatment to to our brothers and sisters in need. Let us be mercy to them.

Ad Majorem Dei Gloriam – For the Greater Glory of God!